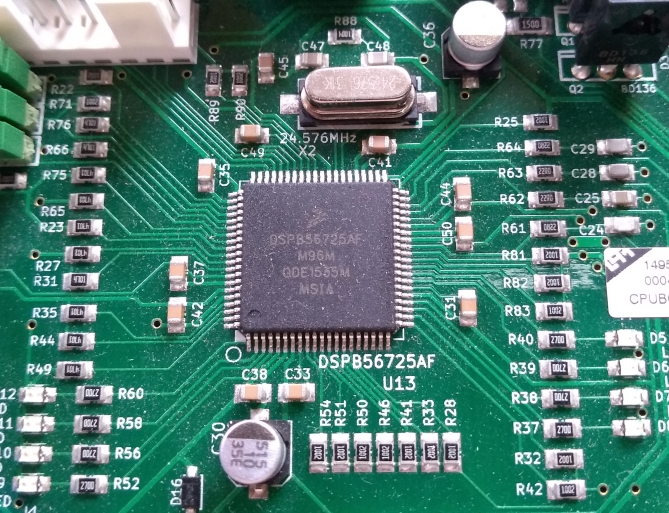 WHAT CHIPS ARE USED?

Want to know what's inside our machines? The NF-1(m) contains two processors:

The DSP56725 is a member of the famous DSP56-family of DSP processors by Freescale (Motorola) that populated the Access Virus, some of Waldorf's synths, Clavia's Nord Leads and many more...

Wow, wow, wait a second... Does that mean the NF-1(m) sounds like a Virus or a Nord Lead? No, of course not! Unlike analog synths, where the sound is determined by the sound chips and electronic circuits, the sound of a digital synth is defined by the program inside the chip, not by the chip itself. And that program is 100% genuine Modor built!

Modor had to move on from the formerly very popular DSP56-family because these are going out of production. So we arrived at the powerful SHARC DSP-processor family from Analog Devices. A design step that took quite some time to adapt to, but which we don't regret at all!

And Modor's Eurorack modules? They are all based on a STM32 processors (STM32F405). They have Cirrus Logic's CS4392 DAC (Noisy Oscillator) or CS4272 codec (Formant and Comb Filter) on board.