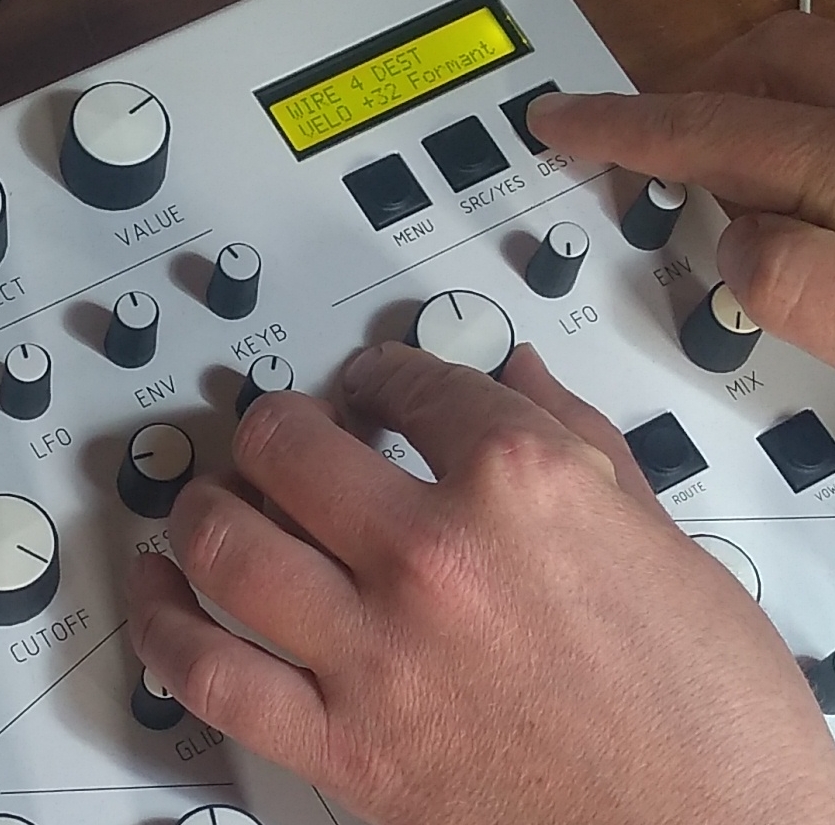 A little extra word on that last part... In recent days, a new standard showed up that helps musicians with microtonal retuning, by taking master control of the microtuning of all synths and plugins in a song or project: MTS-ESP, developed by Oddsound and Richard D. James (Aphex Twin).

MTS-ESP Suite by Oddsound includes a Master Plugin, that can build, load and store microtonal setups. A Client Plugin translates the tuning data for MIDI transmission to a hardware synth.

Also Infinitone DMT is an application to build microtonal scales, that can use the MTS-ESP standard.

Globally, there are 2 ways to retune a hardware synth:

The Modor NF-1(m) has now received some MPE improvements under the hood that allow it to cooperate with both MTS-ESP and Infinitone DMT, using both MTS messages or MPE pitchbends.

A 12-EDO tonescale.. ? The classic Equal Temperament, that is? Isn't that the standard default? Time for a little secret...

At the time, when we were implementing the first microtonal options on the NF-1(m) for OS13, we discovered a bug in one of the oldest central core parts of the DSP code. This invoked some imprecise calculations that led to the NF-1(m) always being slightly out of tune. Even up to a few cents on certain notes. Wow! 😮

Of course, we could just simply have fixed this bug, thereby theoretically improving the tuning of our machines. But we didn't! Why not? Because beauty isn't always in perfection. Probably many people would have remarked the NF-1(m) getting 'cleaner' or more 'polished' after installing such bugfix upgrade, and some wouldn't like it without really knowing why. The little tuning imperfections indoubtedly became a part of the Modor Sound through the years.

And so, we didn't fix the imperfections. Of course, for those users who need a *perfectly perfect* equal temperament tuning, just choose 12-EDO from the TONESCALE menu. It's there. But the Modor default tuning still is -and stays- the slightly imperfect Modor Scale.

This means that 12-EDO is not the standard tuning on the NF-1(m). However, you need to use 12-EDO when working together with an application like Infinitone DMT or MTS-ESP when using the MPE tuning method. Because these apps suppose that your machine is tuned entirely correct, and sends individual pitchbends per note, relative to a theoretical 12-EDO pitch.